Children often have many good ideas. The adults then tell them that doesn’t work, that’s not how it’s done, that’s not allowed. What a shame, this way we influence our children’s thinking, we rob them of the courage to try new things and as adults, we are merely copies of the norm because we have lost every bit of originality. Dare to do something new, something different to every day, try a new recipe, get to know new people, learn a new hobby, travel to a new place, get acquainted with different disciplines, with other opinions, talk to outsiders, listen to them. Only those who have the courage to look beyond their own nose will also have the courage to follow their own and original path in life. Everyone can follow. Doing something different to the mainstream, that requires courage. There is a reason for the German proverb ‘the world belongs to the brave’. There’s only one thing to consider on the topic of courage and that’s not to become too carefree. I’m wishing you a good week with a healthy dose of courage. 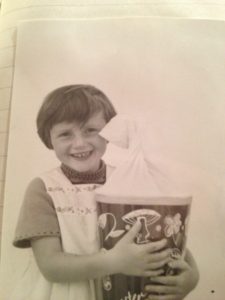