Ta-da! Ta-da! The curtains open: there it is, the world theatre production.

First act: The main players introduce themselves: The big, visible presidents, the police, the scientists and scholars, the intellectuals, the military, the show, the media, the pomp, the perfect masquerade, the virtual art and culture, marketing, management, musical and visual production, everything perfect.

Second act: The misery. The production shows the misery of poor, sick, hungry and persecuted people over and over again. People who resisted, who didn’t follow the rules, met their fate of hunger, sickness, persecution, penal camps, re-education and death (the persecutors, exploiters, stress makers, big criminals do not appear on stage, they potter about in the underworld below the stage, remain well hidden behind the shadows of the figures of light)

Third act: The saviours. Out of nowhere, there are suddenly figures of light, luminaries, saviours who remove all suffering. If everyone bows to the new saviours, there will be a temporary happy end.

Fourth act: The end. The audience is in awe and gives round after round of applause. They discuss how marvellous the production was, the wonderful choreography, the amazing actors, and so truthful, so well played, almost like in real life.

Fifth: Media coverage: The world theatre production has been the most successful production worldwide so far, so successful that it is being restaged across the world in ever changing variations.

And what is your part?

Have a good week and enjoy the world theatre production, from wherever you are seeing it. 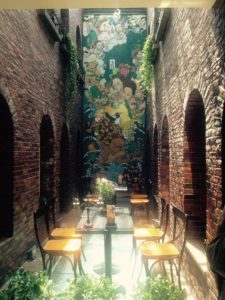