Many people believe that if they run in the same direction as everyone else, they are running in the right direction. They vote for the political party considered most successful, they idolise celebrities that everyone idolises, they tell the same stories most people are telling, they go on holiday when everyone goes on holiday, they believe news and stories everyone believes, they let themselves be educated in the same way as everyone else.

I already questioned at a young age whether it was right just to follow, to believe all the stories being told.  I have been living mainly counter-cyclically since I learned about the Milgram experiment, began to understand the machinations of war, and started to see through the manipulative methods employed by the media, in politics and economics. Everything most people are doing on a regular basis is most likely manipulated. We cannot seriously establish who is being manipulated by whom and why amongst the flood of information.

When I observe nature, I see that no animal permanently remains in groups. The group intelligence of animals has natural, not manipulated causes. Birds form flocks to overcome great distances, fish hunt together, packs try to protect themselves.

Crowds of people are not natural groups, but form connections so as to not feel alone. They are groups steered by those in position of power, by interests or money or traditions. Power does not necessarily have to be bad. There were good kings in medieval times who served their people.  However, we humans should, at all cost, avoid rulers who are exploiting others like parasites and suffer from addiction to power and money. Seeing through motives is often not easy.

I have got in the habit of not following the masses and living more counter-cyclically. I go where others aren’t going, I shop at times when others aren’t shopping, I exercise despite my age, I am not following every trend. I am doing what feels good to me and others. I feel good this way and I am healthy. I notice what makes me feel good and what doesn’t, I don’t need others to tell me. I am able to obtain information for myself and don’t need to follow preconceived ideas. With this lifestyle, I can join groups for a period of time, but I can also leave those groups again. If it feels right and it makes sense, I join communities and society, if not, I remain on my own. This way I am able to live naturally, cooperatively and freely.

I am wishing us all a good week and the right balance of community and aloneness. 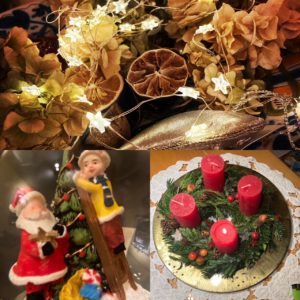